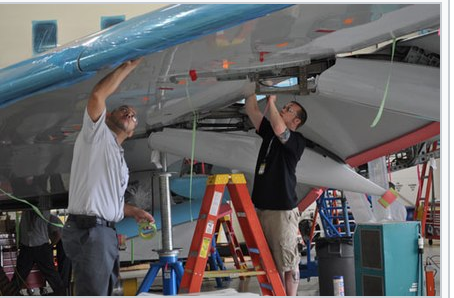 Working in aviation as a technician or mechanic was once a prime job to have. With aviation technicians making as much as $70,000 per year, having great benefits, and outstanding job security, many looked to train within aviation and find a dependable & rewarding career. However, with major airlines issuing mass waves of lay-offs and sending maintenance work to outside contractors the aviation maintenance industry seems to be falling apart. 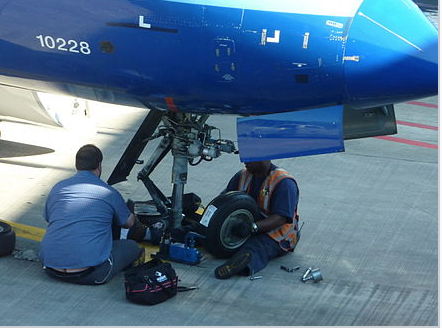 NorthWest a major airline based out of the Twin Cities will have cut 600 mechanic jobs by this summer which is equated to about 45% of their 9,300 employees in their mechanical division. While Northwest is in talks with the union representing these mechanics they are still proposing another 2,000 labor cuts with 1,200 of those being in Minnesota. Although Northwest has been in financial trouble since 2001, they have lost $3 billion in operations since then, they continue to adopt strategies that will help to cut costs and keep them in the competition with their biggest competitors. If that means sending out their maintenance work to 3rd party contractors here in the U.S. and Asia then so be it!

In total, the airline industry has taken some pretty big hits over the last few decades and because of that so have aviation technicians and others in positions that include maintenance and mechanics. The September 11th attacks, the Bird Flu in Asia, and the insane spike in jet fuel have left many airlines with no choice but to downsize in order to stay afloat. But what are these trained aviation techs todo once they are laid off. Especially in the midst of a National Pandemic? Some look to retraining but the success rate with that has also been scarce and doesn’t offer that much reassurance.

For those in aviation maintenance & mechanics, don’t lose hope just yet! Your positions are very important to the functioning of airlines & the safety of all those onboard! We appreciate you!

Sorry, the comment form is closed at this time.